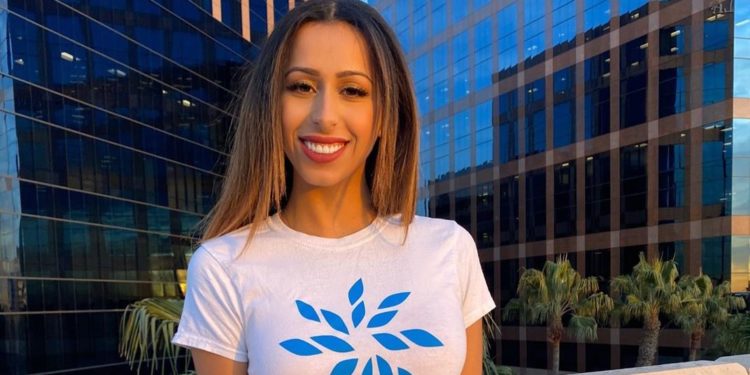 Linda Andrade is an entrepreneur and business investor. She started her journey in entrepreneurship as a 16-year-old and has been leaving behind a trail of achievements ever since. Currently, Linda owns a med-spa called ‘Flip Your Look’ located in Las Vegas and Newport Beach, California. The recent success of Flip Your Look has led Linda Andrade to open franchises in Miami, New York City, San Francisco, and Dubai.

Linda Andrade was born in Amman, Jordan, and moved to the United States as a 2-year-old. During her childhood, Linda’s family was struggling financially and they lived in a one-bedroom apartment as a family of six. However, her father worked hard to establish a storefront staple at Huntington Beach and became a successful tech professional. His struggle had inspired Linda to achieve the impossible. Linda Andrade says her father always taught her to believe in herself and aim for the stars.

At the age of 16, Linda launched her first business with the creation of a brand called ‘Luxe by Linda’. The brand consisted of makeup and fashion accessories for women and was instantly popular amongst high school girls. Additionally, Linda was a high-achiever and she graduated early from high school. She also received multiple scholarships for her college career. After this, Linda decided to model for a fashion agency, events, and haircut classes. She became a model for L’Oreal Paris and continues to model for them. Linda Andrade has also worked as a successful event planner. She organized high-end events for people like Tai Lopez, Steve Wozniak, Grant Cardone, Molly Bloom, and Market Masters Academy.

At 19 years of age, Linda Andrade married Ricky, a successful entrepreneur. The success of Linda Andrade’s previous ventures led to her current ‘Flip Your Look’ med-spa.  The introduction of the fat freezing technique ultimately led to her success. At 19 years of age, she had become a millionaire. She helped Ricky build a successful academy and helped her father establish a professional tech company.

Flip Your Look med-spa is currently functioning from two locations. It deals with the latest body sculpting techniques and procedures. She aims to introduce fascinating procedures like tummy tucks and mommy makeovers. She believes that Flip Your Look positively impacts the lives of many and allows them to feel good about themselves. The famous fat freezing technique is also known as cryolipolysis. It is a painless, noninvasive procedure that freezes the fat cells to the point of crystallization, and the body’s immune system gradually removes it over the course of a few months. The procedure has proved to be both reliable and safe.

Linda Andrade has maintained the uniqueness of her services by making them affordable to the general population. She believes that many people wish to transform themselves for the better but are not able to afford the best treatments. She wishes to make the treatments feasible for them. Linda Andrade’s goal is to franchise Flip Your Look worldwide and make her services available to a wider spectrum of the population.