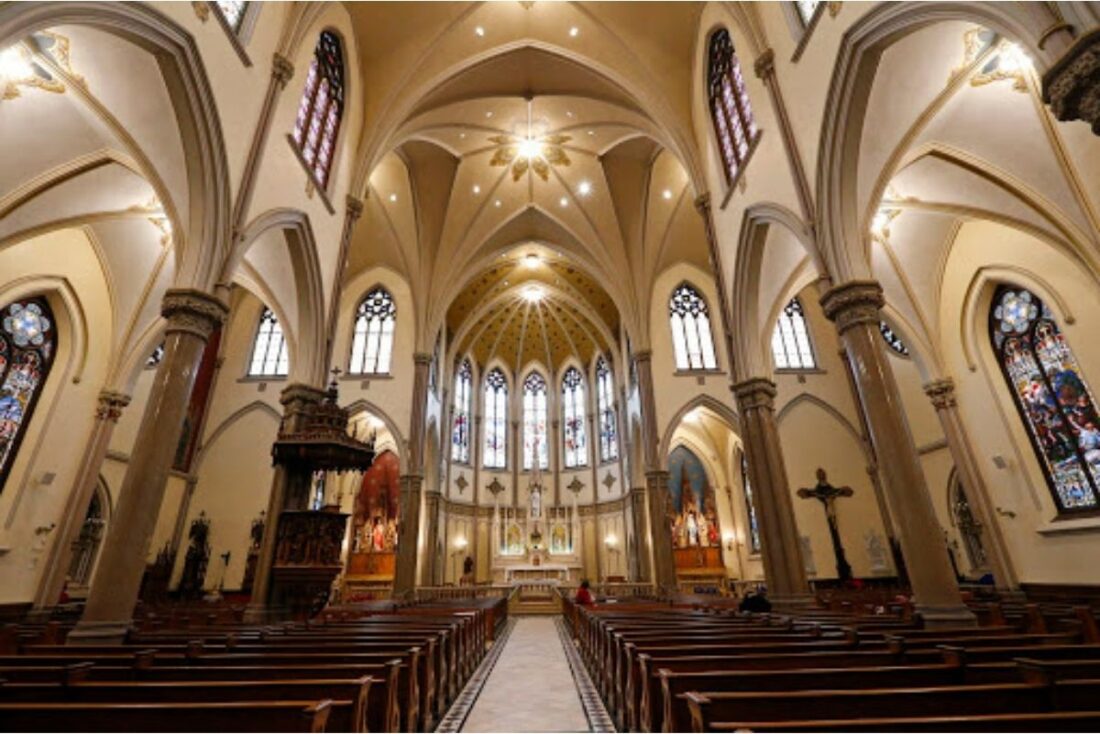 How Much Money Does The Catholic Church Have?

Throughout the hundreds of years, ever since its creation, the Vatican has published little to no accounts of its investments and finances. A great many people do not have the slightest idea how the Vatican brings in cash as a sovereign city-state with its own economy. The city is situated inside the city of Rome, incorporating 110 acres of land with a population of under 1,000, which makes it the smallest country in the world. While the Vatican might be small in size, it has a huge impact in the financial realm with its extensive investments that incorporate banking, real estate, and private endeavors. But how much money does the Catholic Church have? This article will answer all of your questions.

How Much Money Does The Catholic Church Have?

The best estimates that investors can make about how much money the Catholic Church has is approximately $10 billion to $15 billion. Out of this, Italian stockholdings alone are up to $1.6 billion, 15% of the estimation of recorded offers on the Italian market. The Vatican has enormous interests in banking, chemicals, insurance, steel, real estate, construction etc. Profits help pay for Vatican costs and charities, for example, helping 1,500,000 kids and giving food and clothing to 7,000,000 poor Italians.

Most people ask whether or not the Catholic church is worth trillions?

It is difficult to figure out the wealth of the Roman Catholic Church. In truth, the church itself probably could not respond to that question, regardless of whether it wished to. Its ventures and spending are kept a secret and the state does not interfere with them. The real estate and art that falls under the Vatican has not been appropriately assessed, since the church would never sell them. However, there is no uncertainty, that between the church’s priceless art, land, gold and investments over the globe, it is perhaps the wealthiest establishment on Earth.

Do Catholic Churches Send Money To The Vatican?

Catholic Churches send an yearly tax to the Vatican which it then uses to finance good works so that it makes substantial changes in people’s lives. However, catholic churches do not regularly send money directly to the Vatican. Once each year, there is a specific collection by the name of Peter’s Pence that is collected in Catholic churches and then sent to the Vatican.

Peter’s Pence which in Italian is known as Denarii Sancti Petri, and can be translated as Offerings of St Peter, are charitable donations or payments that are directly made to the Holy See of the Catholic Church. This act bagan under the Saxons in England and spread in Europe. However, this act kept on varying based on the time and space, both prior to, and after the Norman success. At first, it was done as a devout commitment, while later it was required by different rulers, and was gathered, more in the form of a tax.

Despite the fact that it was officially ended in England at the hour of the Reformation, a post-Reformation payment of unsure qualities is found in some English estates well into the nineteenth century. Pope Pius IX, in 1871, formalized the act of lay members from the congregation and “other people of good will” offering monetary help to the Holy See. Present day “Peter’s Pence” donations are utilized by the Pope for philanthropic and charitable works all through the world and for administrative expenses of the Vatican state.

Where Does The Catholic Church Money Go?

The Catholic Church is the biggest global association on the planet. The cash that they receive is either donated to them, or is the interest from investment from the cash that was given. With approximately 1.3 billion members, there is a great deal of donations that the Catholic Church receives. Additionally, people who are non-Catholics also give donations. For correlation, the United States has around 330 million residents, which is about a fourth of the Catholic Church, and spends about 4.5 trillion every year.

A valid question that people then ask is why is this the case? well, you could likewise inquire as to why the United States government collects and spends 1 billion for the Smithsonian Museums. Society in general favours the fact that studying, protecting, and displaying art and historical artifacts is a great activity (even the individuals who do not think that the government ought to be the ones doing it). The Catholic Church concurs, so a lot of the riches that appear to pester others are really being studied, safeguarded, and displayed, with the expectations that tourists and donations will enable them to make back the initial investment on it.

Moreover, there are also various charities owned by the Catholic church. In Africa alone, they run 1137 emergency clinics, 5375 dispensaries, 184 homes for old/persistently sick individuals, 1285 orphanages, 1673 family counselling centers, 2882 institutes for mental health and stability instruction, 93315 elementary schools, and 42,234 secondary schools. Other than that, they also have 1365 different organizations for helping poor people, ever since 2005. The Church is comparatively more active in Europe, Asia, Australia, South America, and North America. A portion of these places are more risky than others, and danger and risk will in general drive up the expenses of activity.

However, above all, the main purpose of the church is the profound consideration of souls. Charity and art are things that emerge from this focal mission. This involves 3 primary things:

Churches are constructed and decorated so that they are appropriate and reasonable houses of worship for God. The priests are trained for the ministry which takes about seven years. Moreover, the donations are used for construction, to pay the staff, and provide funds for schools, colleges, universities, theological schools, parish libraries and catechesis programs. Some of the time, religious orders are self-supporting, running small, independent companies to finance their lives of prayer, fasting, and study. Others rely upon donations.

You might know that St.Peter’s Basilica and the Sistine Chapel are owned by the Vatican. But did you know that the Catholic Church also owns opulent palaces, apartment blocks in London, archives full of the most important records and improbable relics. The following list mentions some more properties owned by the Vatican that might shock you.

These are 28 white marble steps in Rome close to the Lateran Basilica. The steps lead to the Sancta Sanctorum or Holy of Holies, which is the first private Papal church. These steps probably do not represent a huge increment in catholic church land, yet they are an especially important one. Catholics believe that they are the same stairs that Jesus Christ climbed in Jerusalem while he was approaching the trial with Pontius Pilate. The stairs are accepted to have been brought to Rome in the fourth century by St. Helena, mother of Constantine the Great, and are used to get to the Lateran Palace.

The Apostolic, or Papal Palace is one of the most utilized and adored bits of the catholic church real estate. It has served for almost 400 years as a summer arrangement and a getaway retreat for the Pope. The Palace, planned and designed by the incomparable Baroque planner Carlo Maderno, sits inside the town of Castel Gandolfo. However it does not belong to the town, or even to Italy. The Palace even housed refugees during World War 2.

The Gardens of Castel Gandolfo

The Apostolic Palace spreads over some 55-hectares of land on Castel Gandolfo, quite a bit of which has been turned into lovely gardens. This same area once included the grounds of the antiquated living arrangement of Emperor Domitian. The Holy See got the property in 1596, and Popes have summered there since the seventeenth century when the nurseries and gardens were first arranged. However, the obscure holm oaks and cedars, alongside the begonias and pansies you see today were not planted until Pope Pius XI revamped the royal residence after the Holy See’s responsibility of the Castel Gandolfo was affirmed by the Lateran Pacts in 1929. Furthermore, it was not just plants that he added to the recently reestablished grounds. Pius XI likewise modernized the spot by including radios, phones, eating spots, lights and even a greenhouse and cattle barns which turned out to be valuable to help feed each one of those refugees during the Second World War.

The Holy House of Loreto

This is one more humble structure whose monstrous worth depends on its spiritual bonafides. It is additionally, at the first look, an unreasonable bit of church land; a house that nobody lives in. However, The Holy House is supposed to be the place of the Virgin Mary. it is not a church, but rather the real home where Mary lived, conceived, and raised Jesus. A great many pilgrims and tourists visit the huge basilica worked around the house each year. It’s been a Catholic pilgrimage site ever since the fourteenth century, and the quantity of miracles that have purportedly occurred inside it are considered by some to be considerably more significant than its mysterious origins.

The Holy See really possesses a cutting edge observatory on Mount Graham in Tucson, Arizona. The Vatican’s first observatory was begun in Castel Gandolfo in 1891, however its galactic establishment has a history that goes back to the 1500’s. It is really one of the most established cosmic foundations on the planet, regardless of whether it has not generally sat precisely on the front line of astronomical thought. At the point when light pollution from the developing urban areas in Italy made it harder to see the night skies, the Vatican established a subsequent research community on Mt. Graham, one of best cosmic destinations in the mainland United States. In 1993, the Observatory finished the development of the Vatican Advanced Technology Telescope (VATT ) with subsidizing from Fred A. Lennon, a man once portrayed by Forbes as “the shiest billionaire”.

The archives were established in 1612 and hold a portion of history’s most significant records, including the papal bull that banished Martin Luther, adequately beginning the Protestant Reformation, the solicitation to repeal King Henry VIII’s union with Catherine of Aragon which was rejected, successfully beginning the Anglican Church, record notes from Galileo Galilei’s seventeenth century trial for blasphemy, and letters from Michelangelo, Christopher Columbus and Abraham Lincoln, among others.

Fortune Magazine, when talking about the administration of Pope Francis, brings up that economical and financial issues are really imperative to Pope Francis. Albeit some may believe the Vatican to be among the wealthiest associations on the planet, it actually is not. In any case, with the money that it has, the Vatican fundamentally helps the world’s poor, sick, and oppressed. 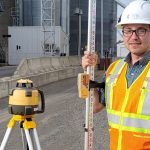 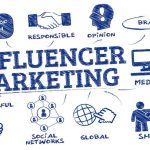 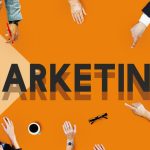 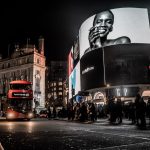 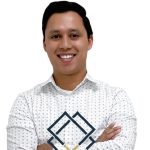 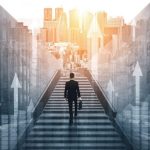 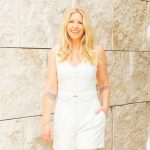 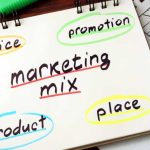 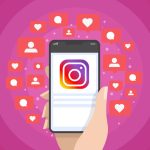 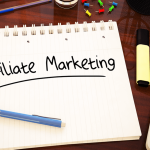 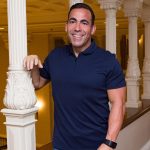 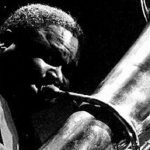