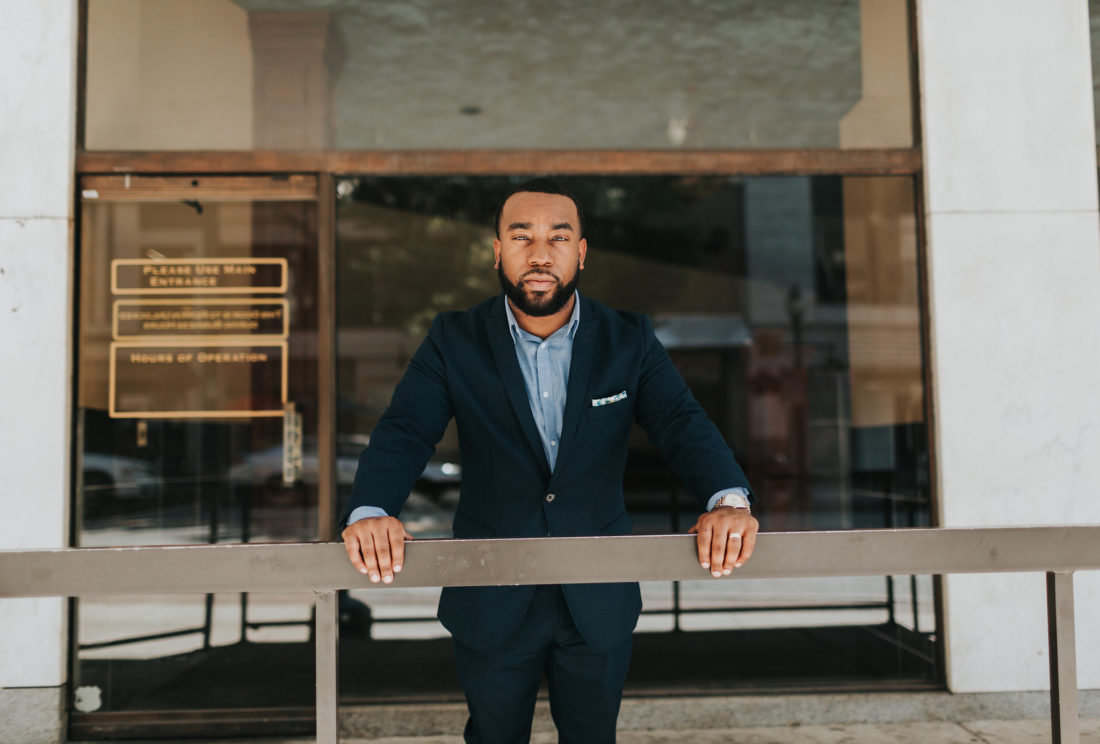 Shawn Anthony has been successful since a very young age. From bursting onto the party promoting scene at just 14 years old to climbing the corporate ladder at a rapid pace, he’s leveraged his strong communication skills to help his career take off. But even with all of his prominence, he still doubted himself when it came to starting his own business. He reasoned with himself by saying things like “I’m not ready yet.” “I’m not qualified enough.” “Employers will frown upon my venture.” “Nobody would want to hear my voice.” All too often, the only thing holding people back from becoming massively successful is their own self-doubt.

Shawn didn’t succumb to these negative thoughts, however. He pushed through the ideas that no one would care to listen to his podcast, that companies would be turned off from him due to his personal venture, or that he wasn’t qualified enough, and launched his podcast. After being inspired by other motivational podcasts, Anthony launched his own show, dubbed the “School’s Over… Now What?” podcast. What differentiates his show is the micro-niched theme of the podcast. Rather than being just a generic educational show, he focuses on bringing insight and advice to recent college grads who are now seeking a career to pursue. Shawn features high level entrepreneurs and business owners, picking their brains to help answer the burning question, what do I do now that I’ve graduated?

The guests of the show do bring massive value to its audience, but the show is paced by Shawn’s distinct communication abilities. As a teen promoting events in North Carolina, he developed a strong skillset in communication and facilitating a team to get projects done in a timely and efficient manner. From there, he blossomed into a master collaborator working at a corporate position, and saw himself get promoted 6 times in 4 years as a result of his abilities being recognized by executives. The podcast is the culmination of all of this experience, and it’s no coincidence that Anthony has driven the podcast into the top 100 on Apple podcasts.

The success of the show goes much deeper than just Shawn, however. Through the show, he is able to impact thousands of entrepreneurs each and every week and coach them to develop their brand and stand out in today’s saturated digital landscape. He’s able to give them raw, uncut advice on how to persist through failures and setbacks, and this helps him to connect with these rising entrepreneurs on a deep personal level. It can be easy to drop everything and give up on a venture if you experience repeated failure, but Shawn uses his platform to inspire those going through those failures to keep going. He knows firsthand what failure is like, and has the hindsight today to understand that the failures he experienced in business and school turned out to be the best teachers that would set him up for later success.

For anyone starting out, his advice is twofold. First, don’t get caught up with watching other people succeed when you can be out making it happen for yourself. Your breakthrough is within reach, it’s just up to you to overcome self doubt and take action, learning and failing along the way until you ultimately have your own community of people that love your content and connect with you. Shawn has also learned that the best motivation comes from rejection and failure, and wants to let someone currently going through a hardship to understand this. Bottle up any and all negative emotions and channel them into positive motivation for yourself to go out and get what is yours. For Shawn, at least, this has helped him tremendously in his career thus far, and he is only getting started.