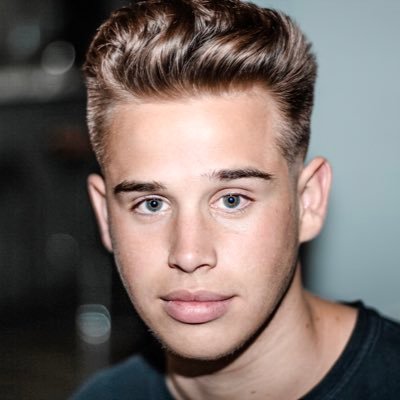 While You Use Social Media to Connect, Daniel Duminy Uses It to Make Money-A Lot of Money

Social media platforms can be defined as a common marketplace. Platforms such as Facebook, Whatsapp, WeChat, Instagram, e.t.c, have become a place for interaction, learning, and earning. Most people are aware of the role of social media in terms of communication. However, few are conversant with its power as a business platform.

Daniel Duminy is an online entrepreneur with a passion for inspiring and making an impact in the lives of people. At only 18, Dunminy has established a name for himself as a youtube content creator, singer, and vlogger. Daniel’s success started with his passion for film and video recording. At the age of 10 years, he was already learning by himself how to use video editing software and GoPro. By age 15 years, he was sharing content on YouTube. Presently, he is a social media influencer with more than 33,000 Instagram followers.

Out of the 7.5 billion people around the world, 39% of them are on social media. Sites such as YouTube receive millions of people who engage with their content. As a result,

Advertisement
90% of social media users already use social media as a means to communicate a business or a brand. Daniel Duminy, or as his fans commonly call him “realdanduminy” (Real Dan Duminy), is a celebrity style and lifestyle blogger. This teenager has harnessed the potential of social media in a diverse range of fields. He has started travel vlogs, behind the scenes music shots, Instagram photos with motivational captions, plus many more. “I am from Durban, South Africa. I came to Los Angeles with a friend of mine with the hopes of kickstarting our dreams in this beautiful city. So far, things here have gone well for us, and we thank God for our success,” he says.

Top 10 Before arriving in L.A., Dan already had 40K followers. “I love the social life. I love using it to inspire people daily, to make an impact on people, and to use it to engage with my audience. L.A. was an ideal place for me because social media is more accepting here,” he says. Dan earns by working with music artists. So far, he has worked with famous artists such as Nasty C, Tellerman, Geminimaejor, plus many more. He also earns from YouTube and paid advertisements. This versatile teenager has worked with brands such as Custom Apparel, Phomolong Lodges, and L’Exil lodges.

Secrets to Success in Social Media

We asked Daniel about his secret to success on social media. “The secret to my success is content. People know me for racing and being a social media figure who works with some of the biggest names in the rap music industry. However, aside from that, He develop a lot of content that wherever I am around the world,” he says. One of Dany’s strategy for success is to upload content for a consistent basis. That keeps his audience engaged and promotes loyalty.

Dany’s second strategy for his success in social media is branding. “My name has picked up a lot in South Africa. That is because I have worked with artists such as Nasty C (the biggest rap artist in South Africa) along with other artists and companies,” he says. Working with top performing artists and major companies has positively contributed to his branding in the entertainment field.

The jovial teenage-entrepreneur also advises people to focus on professionalism. “Building a professional look starts by filling in your bio with the right information. This includes your contact information, where you are from, and what you post about. Add in a few keywords and a couple of hashtags so that your audience can easily locate you. Post regularly to grow numbers. Use relevant hashtags and quality images to be seen. Also, make time every single day to engage with your followers or anyone involved in your industry by commenting on and liking images,” he says.

Plans for the Future

Dany enjoys his work as a social media influencer and a racer. He took part in the 2018 Audi Sport T.T. Cup. He also held the prestigious Engen Volkswagen Cup for over two seasons. He advises people who want to make it on Instagram to “focus on sponsored posts for brands that want to reach your audience.” The ambitious teenager is presently working on content for his YouTube channel and a single. Dany has been so successful that there have been other fake Dany Duminy’s trying to piggy bank on his success. Still, the real Dany Duminy continues to focus on his professional go-kart career and his content creation in social media.

He encourages others who would like to his path to “be real and don’t let what others think of you bring you down.”