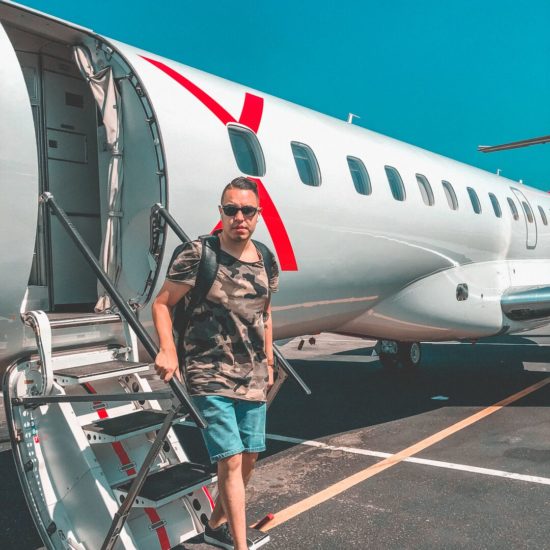 A 28-year-old Frankie Quiroz‘s story of fame and fortune is about to see the light of the day. The multi-talented entrepreneur openly speaks about struggles he had to face on his way to success. His modest beginnings are the solid foundation on which he built the e-commerce empire. Being from a tiny city, where he had to create opportunities for himself, didn’t stop him from reaching one million followers on Instagram and launching his brand. He aims to influence young people to venture out into the world of business, where dreams await to be fulfilled.

The first couple of years were not easy for the California-based businessman. Not being able to rely on wealthy parents or substantial inheritance, he had to write his own story. However, overcoming obstacles might be the single most crucial thing that turned him into the successful entrepreneur that he is today. His candid story about the challenges he had to face serves as a perfect how-to-guide for all the innovative minds who are aspiring to become future leaders.

Just like other successful brand owners, Frankie also knew that he would endure a couple of difficult years. Beginnings are never easy. However, they are also an excellent opportunity to learn more and devote precious time to both personal and business development. The young entrepreneur worked on popularizing his social media accounts without money in his pocket. Although growing the followers organically did take some time, it did prove to be a good tactic in the long run. He didn’t lose time complaining about the conditions under which he had to work, but instead invested time and energy into actual work. His dreams lead him whenever he would encounter challenges, making it all worthwhile. Following the success of his venture, it is easy to conclude that using free social media tools is probably the best way to start.

People tend to underestimate all the work that is being done behind the cameras, or in this case, social media profiles. It took Frankie a couple of years to earn a vast amount of followers before launching customized products. His patience and diligence have paid off as he never stopped learning. His motto is to keep up with all the changes, making sure you are well-informed, modern, and inspiring for the competitors, and, above all, the audience. In the fast-paced world, customers tend to take a liking to novelties, causing brand owners to stay ahead of the game. Frankie claims the most successful advertising strategies must be customer-oriented, where being flexible is one of the imperatives. Possessing legal knowledge and knowing how to set up the office is crucial, according to Quiroz, who takes great pride in being able to organize his management team systematically.

Although the feeling of success differs from person to person, there is one trait that most prosperous business people reportedly share. It is in the sense of financial freedom when entrepreneurs like Frankie Quiroz dare to step out of the defense and cross to the winners’ side. Finding the right way to communicate with people, being personal, and compassionate is what made him stand out. He credits his success to all the people he met on his way to the top, along with the mistakes which only made him grow more robust. The feeling of success comes as a natural outcome for those who work hard and never give up. His eight-digit wealth is probably the best proof of how anyone can start from scratch and fulfill the wildest of dreams.

Frankie Quiroz’s attire brand value is increasing as we speak. His stamina and ability to tackle problems landed him the multi-million dollar business. Being open to different solutions, always flexible, and ready to adjust his strategies turned out to be an excellent recipe for success. Frankie started his journey with nothing but dreams and wishes, which kept him going when things got tough. Not having money to rely on, he kept on improving himself and his business. Carefully listening to his audience, as well as colleagues, has only helped him to build a strong basis for future endeavors.