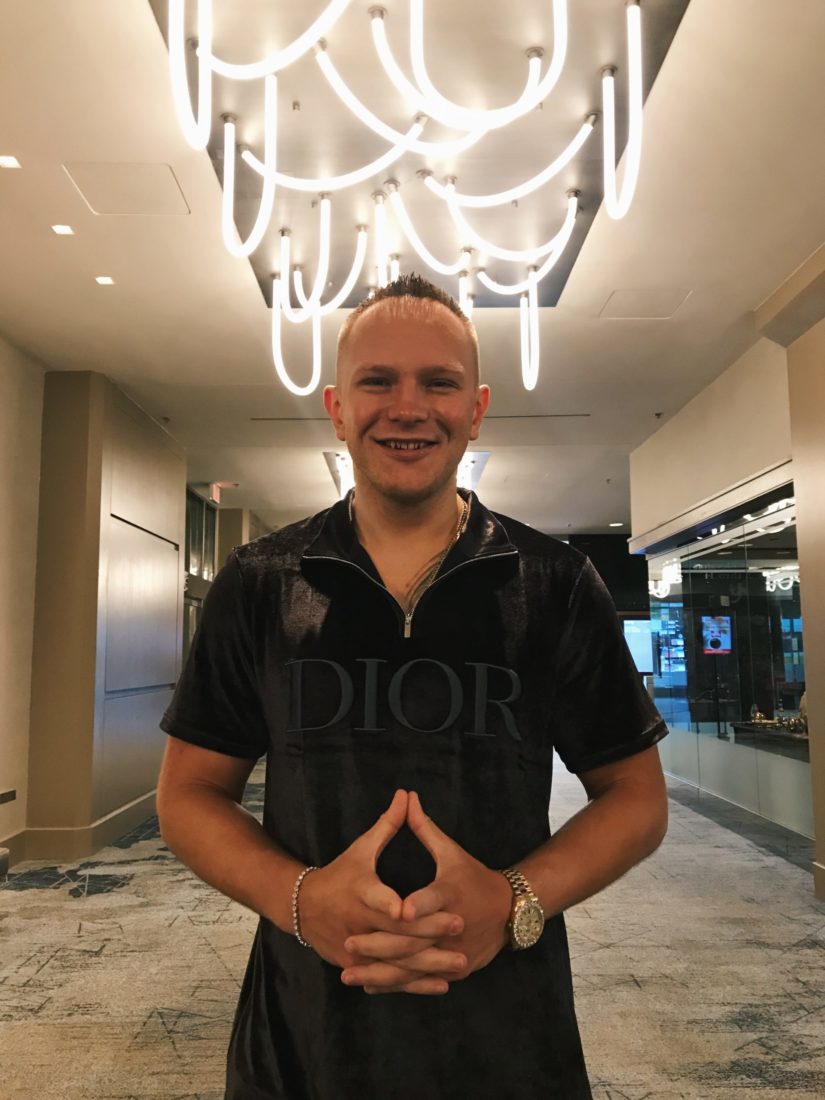 Hustle. It’s easy when all of the cards are on your side and you’re rolling with huge momentum. When everyone has counted you out and you have every reason to quit, hustling is a completely different story. When all you can do is keep pushing forward with your back against the wall, it’s more than just hustle. For Luc Longmire, he had no choice but to give it his all as he worked to turn his life around.

Growing up, Luc became obsessed with the sport of football. Like many teenage kids, Luc saw the opportunity of playing football collegiately and beyond and became tantalized. Unfortunately, his career was derailed by an injury and he was forced to have surgery. Unfortunately, he became hooked on pills and soon found himself dealing drugs. He landed in jail and rehab as a result, and discovered “Think and Grow Rich” while serving his time in jail. The book would prove to be life changing for Longmire, as he reinvented himself the instant he finished his recovery process.

Before he discovered forex and network marketing, he spent time working his way up to a managerial position at Lowe’s and then used that experience to move into a managerial position at a Gold’s Gym. His passion for fitness was still strong, so he thrived in that role while he perfected his customer service and sales skills. By the time the opportunity to jump into the forex and network marketing game presented itself, Longmire was more than ready.

From the jump, Longmire was 100% coachable and hungry. He was willing to learn from people who had what he wanted, and it was not long until he was able to leave his position at Gold’s Gym and go into the game full time. By the time he was two years in, he already became known as the top educator in the company.  Today, Luc’s main focus is on serving others and educating them just as his mentors did for him. As long as you are coachable and hungry to succeed, Luc is more than happy to take time out of his busy schedule to mentor and motivate you.

While Luc did spend time working for someone else, it was all a part of the process to get him to where he’s at today. Longmire actually values working for himself over anything, stating, “Very simply, I can’t stand working and building someone else’s dreams. We’re meant to live our lives, we are meant to be great.” Being able to work for himself over the past few years has afforded him the luxury of being able to find value in more than just materialistic items. For him, everything is about memories and doing things that make his soul rich.

While on the surface it could be easy to label him an overnight success, Luc grind when no one is watching. He has experienced first hand that success is built during those grind days, when no one is watching the work you are putting in. And clearly, Luc is not afraid of doing whatever it takes to become successful.