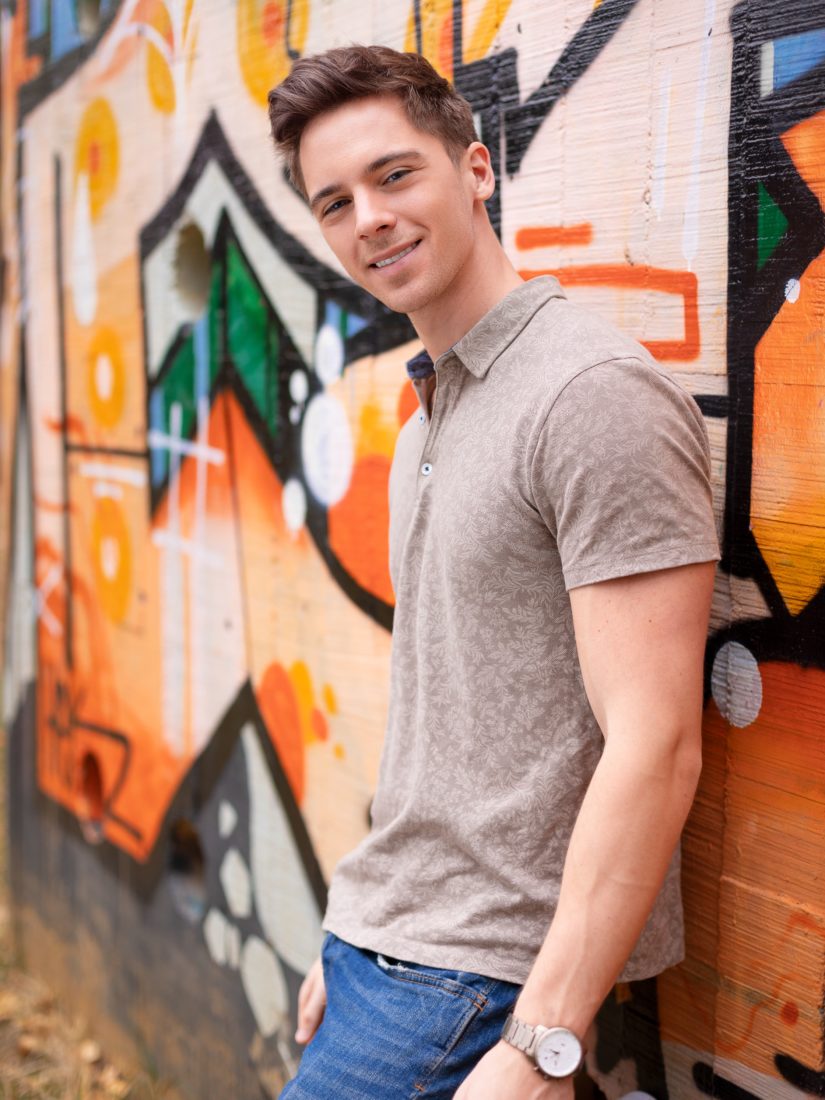 That’s incredibly low for anyone looking to create a start-up or become their own boss. What you don’t hear about are stories where an entrepreneur creates their startup and almost ends up making $1M a month in recurring revenue. It usually takes an entrepreneur years just to be able to become profitable or start knowing their numbers but not for Kale Anders.

Kale is a high performing individual in general. He learned to speak Spanish in 3 months while on an exchange year in Mexico and after that he went on to start an online English learning academy for Latin Americans that in less than six months went from 0 to over $900000 dollars per month in revenue. He even built a successful YouTube channel where he teaches English that during the same time period went from 0 to over 700,000 subscribers. What it takes a regular entrepreneur years to do, it takes Kale months.

Who is Kale Anders?

For those who don’t know Anders yet, we will give you a bit of a backstory.

In 2016, Kale traveled to Mexico in order to study for his Master’s degree. Throughout his experience, he eventually discovered that he could learn a new language by deviating from the conventional way of learning.

The reason Kale is able to perform at such a high rate is because of how he tackles certain obstacles. For example, when most people think about learning a new language, they think about grammar, the proper way to say things, sentence structure and all of the “mathematical” ways of thinking that make learning the language frustrating.

Think about the language you speak 90% of the time. You don’t have to think about where to correctly place the words or how to structure the sentences… you just do. Kale believes that a second language could be acquired through meaningful interactions in the target language through ordinary conversations in which the speakers are more concerned with the messages they are communicating rather than focusing on grammatical rules.

Just imagine the unorthodox ways he thinks about running his own business. Where people think it’s a marathon – for him, it’s a sprint.

Ever since he learned the language within 3 months, his peers wanted to do the same. In fact, in Colombia where he currently lives, he was personally teaching his friends how to learn English.

After he saw there was interest in this area and a large amount of people that couldn’t be served correctly because they couldn’t afford to move abroad and learn like he did, or they didn’t have access to an expat to teach them the language – Anders started sharing his discovery on language learning on YouTube.

This is where it all began. Literally, within the first six months, Kale had amassed hundreds of thousands of subscribers and millions upon millions of video views. Kale was becoming a public figure in the Latin space because of how successful his students were becoming and how unorthodox his teaching method is.

In the program, about half of the course is in Spanish, where he talks about principles, methods, and techniques he uses in order to learn more efficiently. According to Anders, the most significant part of the program is finding and maintaining the motivation and fulfillment to learn the English language.

He emphasized that studies have shown that happiness and positive emotions have a tremendous effect on a person’s memory and the brain’s ability to learn. A positive mood is always conducive to learning. The skill is easier to acquire when it’s not looked at in a negative light, or as a “roadblock to achieving what you really want in life”, as Kale describes it.

Kale is right now disrupting the way that languages are being taught in Latin America, which is why many see him as a pioneer in this industry because of his viral success. As of today, his company is generating $900,000 a month in recurring revenue with around 1,500 new students entering the program every month. However, this isn’t about the money. “The money is proportionate to the impact you’re making on people’s lives”, Kale says.