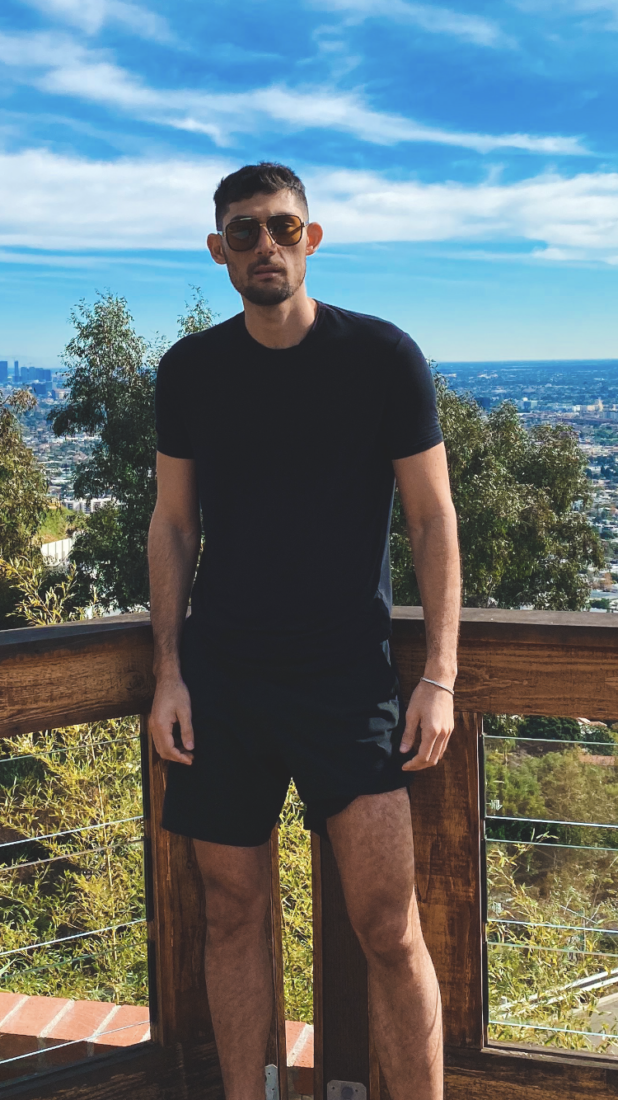 Being able to successfully run a business is extremely gratifying, but nothing is more fulfilling than running a business with a good friend. For Graham Byers, meeting his business partner Dante in college and never looking back has been one of the greatest experiences of his life. After college, they started an ecommerce business in hopes of living a life of freedom and doing what they enjoy, and worked tirelessly to make it a reality. Before long, they picked their heads up and had a company that was generating hundreds of thousands of dollars in revenue and had changed their lives for good.

Before Byers met his business partner, he was just a kid growing up in Los Angeles, California. He always had an entrepreneurial mindset, flipping things on eBay to make money for himself throughout high school. He was never lacking anything and had a pretty typical childhood, so to see him hustling flipping items online showed how strong his entrepreneurial spirit already was. Once he came to a realization that working for himself would eliminate the financial stress of living through recessions and rough patches in the economy and allow him to be financially free, he put his knack for entrepreneurship to real use once he got to college.

His business partner had a similar mindset, and the two hit it off right away as they would spend many days together brainstorming and trying different ways to make money online. While they did not have any breakthroughs during their time in college, they grew very close and knew they could put their efforts to use on a project once they had the right idea. Better yet, they were taking action on their ideas, and regardless of the outcomes of those initial ventures, they had the right mindset to take full advantage of a winning idea.

Their breakthrough came in the idea of starting an e-commerce store online. Byers was working full time for a software company in Silicon Valley, but his ambition drove him to work late hours after work to make the venture work. Initially, there were times when he was not sure that it would be successful, but he continued to work hard. Once he and his partner took a step back to figure out why, they were able to weather the storm and continue to grind away even when things seemed to have begun falling apart. When there was essentially no source of motivation present, Byers found it in himself to keep pushing and not give up on his dream.

Once they made it through the rough patch of launching, they were sitting on a cash cow. The company had produced a few hundred thousand dollars in revenue, and they were able to find an exit strategy and sell just one year into running the business. Byers quit his day job, and the two relocated to Vegas and eventually Puerto Rico.

Today, Byers’ day consists of working on his current e-commerce business and real estate business, training for his first professional kickboxing fight set to take place at the end of this year, and enjoying time by the beach in tropical San Juan. Thanks to his relentless drive to build a company that he would be able to support himself with, he is now able to live in a dream situation and be free of any boss giving orders at a desk job. He is living proof that it is possible to get out and chase your dreams, and that they can come true so long as you have an unwavering faith in yourself and your skill set.

Byers has two pieces of recommendation for anyone just starting out. First, he pleads to start yesterday. If you are hesitant on taking action, know that the hardest thing to do in the whole process is simply taking action. Once you pick up some steam, things become easier and you will never look back. Sure, there will be roadblocks along the way, but the paralysis of being hesitant to take action is the number one thing stopping you from your dreams. His other piece of advice is to do what you are good at. Following your passion is great, but pursuing things you are good at will be much more beneficial in the long term and will afford you the freedom to do the things you truly love.