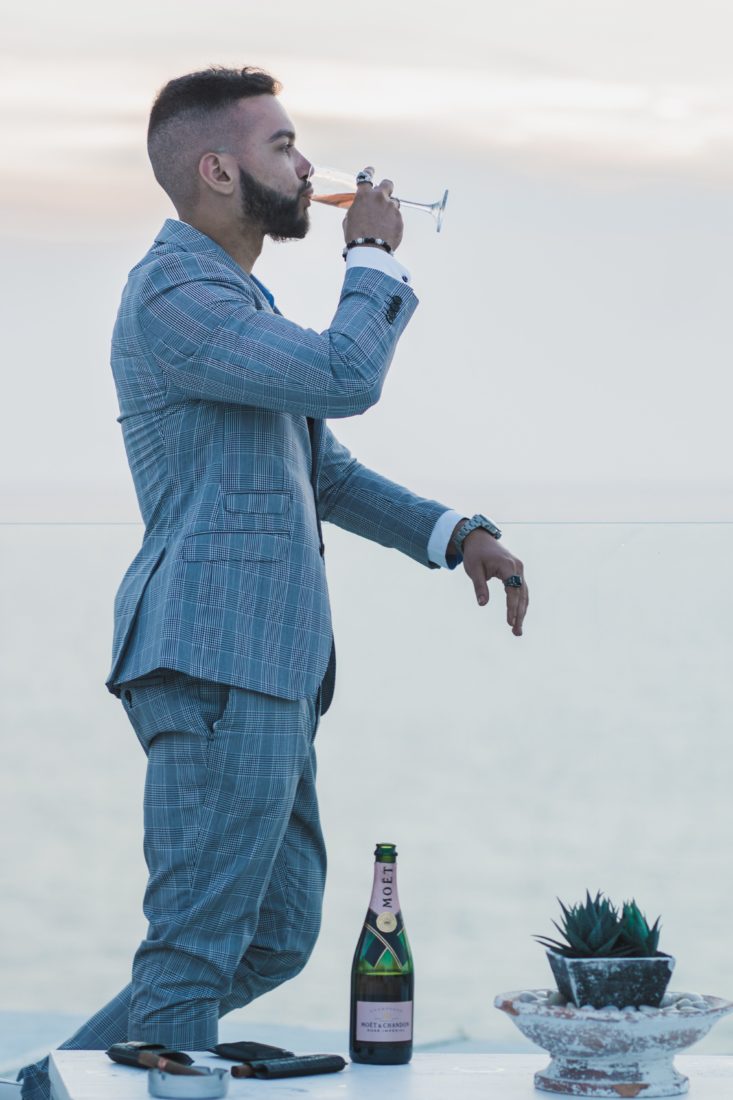 Everyone has heard the stories of entrepreneurs striking gold and cashing in at just the right moment. But very few of those stories are about people who became millionaires off freelancing. Can you earn a million dollars as a rank-and-file freelancer? Well, sure, why not? Some have already become self-made millionaires working in online freelance markets.

Damian Proselandis, a university dropout and creator of SPXMAC, the world’s largest consulting firm for Amazon sellers, is one self-made millionaire who made his first million, by hacking how the freelancing game works on Fiverr.com. Starting with zero business experience and no money at age 19, he scaled his solo operation to a team of almost two dozen people, servicing over 10,000 clients from 116 countries spread out through four continents.

His success was the result of many factors, pure consistency and problem solving being some of the key ones. Prosalendis literary went from broke to millionaire in about one and a half years after starting to try and make money online, in a “figure it out as you go” fashion. He didn’t know exactly what to do, because he had no prior business knowledge, but he understood that as long as he took action daily, over the long term something would stick. Talk about blind faith. He made it a daily habit to read books on subjects ranging from marketing to entrepreneurship and self-improvement, which helped a lot. Because he had no formal education, he invested a lot into his self-education.

In the beginning, he sold his services for as low as $5 per gig to develop a client base. As he developed a reputation on the platform, he introduced higher-priced services. With the business skills he developed by dealing with clients on Fiverr, he has since then ventured into other spaces such as digital publishing, e-commerce and video production, realizing that the overarching principles of running a business are the same across different industries.

After months of trying various online money-making schemes such as blogging, affiliate marketing and kindle publishing, he found out about Fiverr.com. Before that, he knew nothing about freelance markets and how much he could achieve through them.

Freelancing requires that you have a specific set of skills to provide a service on the freelance market. A freelancer might have direct clients like it is the case with Fiverr.com or builds a company that uses Fiverr as a launchpad to scale. Prosalendis did a mixture of both. He initially began servicing clients himself, but he realized that Fiverr’s potential was so vast, that he transitioned into building a team later on. He argues that this approach minimizes the risk of starting a business from scratch.

You don’t even need to bother having your own website, as you take advantage of Fiverr’s infrastructure. You don’t deal with common start-up problems, such as having to run advertising to find customers. When you leverage Fiverr, customers come looking for you, and Fiverr runs the ads for you. All you need to have is a valuable skill and do customer service. Instead of swimming in an ocean with sharks, you learn what water is like by jumping in your little bathtub first. The most significant determinant of success at it is your skill level.

You have to have a highly developed, scarce, and in-demand skill as a way to offer value to the market. In return, the market will reward your expertise with money. A successful business is simply the result of value exchange.

Prosalendis realized that and sat down to evaluate what skills he had and what value he could offer. His list of monetizable skills was pretty short. He could write. The end. So he decided to do article writing first. He joined the freelance market, but things didn’t go as he had hoped. After joining, two weeks went by without getting any client, and there was no sign of success for him there. Consequently, Prosalendis quit Fiverr to try his luck elsewhere. He later read a book and discovered something he was not doing that caused his lack of clientele.

The Power Of Professional Presentation

There are many extremely skilled people in the world, who are not financially successful despite their knowledge and prowess. It’s not enough just to have a skill, but how you present, market and sell your skill matters. In fact, packaging and promotion sometimes matter more than the skill itself.

As a freelancer, it might be quite easy to be lost in the casual nature of freelancing. That is because there aren’t many rules attached to the jobs. It is vital to create and maintain a professional profile to get new clients and keep the old ones. What does a professional presentation mean? How does it affect conversions and how do you do it right? Prosalendis delves deep into the subject in his book Conquering Fiverr, where he details his formula for succeeding on Fiverr. One of his guidelines is making your profile as complete as possible. For example, this is done by maxing out the number of services you sell and using the maximum number of pictures, PDF documents and the video Fiverr allows you to add to each service’s sales page. Prosalendis says that many come to him asking for advice even after reading his book, and when he looks at their profiles, the problem is almost always a lousy presentation. If you didn’t put at least a week of 8 hour work days polishing and working on it, your lack of results is because of your lack of effort, he argues.

Upon realizing that his presentation was lousy too when he first started, Prosalendis put in the real work to set up a professional profile, and everything changed from then on. Clients started pouring in and coming back for more service.  In his first month, Prosalendis made $1500 writing articles. At this point, he also set up auxiliary services to sell on Fiverr to complement his income. Prosalendis noticed copywriting for e-commerce listings got more orders and went all-in to it. After 3 months, he was getting $5000 in recurring income, more than he would have made as a chemical engineering graduate, had he not dropped out of university at 19. He then started building a team, hiring and outsourcing which led to rapid scaling into high five figures every month. In less than two years and before he turned 21, Prosalendis was already a millionaire and running two more businesses on the side, one being an e-commerce operation of his own.

As a freelancer, your services are worth whatever the free market is willing to pay for them. Freelancing on Fiverr is one of the simplest ways to transition to self-employment, as there is no upfront investment. Work time is flexible and so is your workspace. You can work as many hours as you like. There is nobody keeping you from earning more when you’re your own boss, but your own work ethic, drive and motivation. But, as you might expect, it takes a lot of work, some luck, and a savvy business mind to make a million dollars on your own.