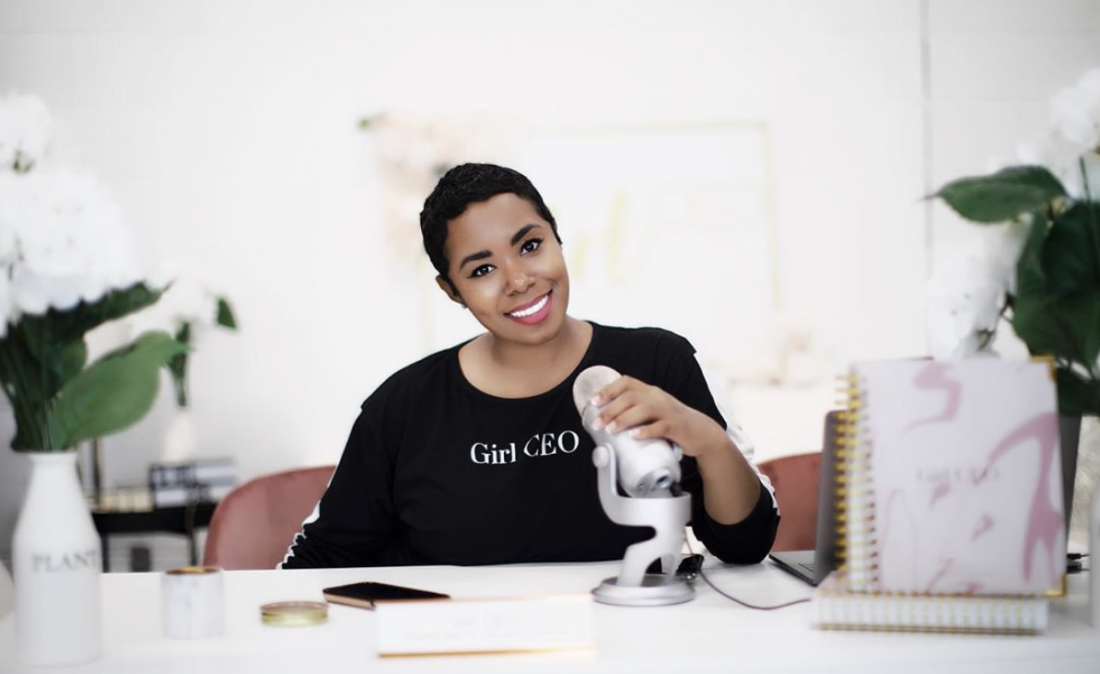 Being a Mom of Three and Making Millions as an Entrepreneur, Meet Ronne Brown

At times, the things that happen in our lives are meant to pull us down, but it all depends on how strong one can remain to stand and keep walking to reach our destinations. Most people lose something they treasure, get discouraged, and give up. However, Ronne Brown, The Founder, and CEO of Girl CEO, an author, an entrepreneur and also an influential speaker, has a different story. She believes that what is meant to bring her down is what she should use to pull herself up again. Being a single mother of three and getting fired at her workplace because of the same, helped her see her other side of the world. She was able to open her eyes, see the things that surrounded her, and make use of them to better her life and that of her children.

Brown’s story is an inspiring one. It has encouraged many and has caused such a huge positive impact on young women out there who were on the verge of giving up. Her key to success is what we are focused on and the things she does to keep her going.

Embracing Changes and Beginning to Grow Herself

Ronne brings us to an understanding that her success did not come on a silver platter. She worked hard for it. This young entrepreneur had to accept the fact that she got fired because of something she couldn’t do without, her children. Moreover, that was what she used to get to where she is now. Something she had in mind, for one to succeed, you have to let go of the things you think you can’t let go of, embrace the changes, and move on.

Not at one point did Brown want to feel like she was an irresponsible mother. With no other better choice, she had to start building a foundation for herself and most importantly, for her children. That was a goal she wanted to accomplish, and she did.

There has never been recorded a successful business without failures in the beginning. Brown has encountered failures while still trying to grow her business but advises that not at any point should one give up because of failing severally. Those failures usually come with the greatest lessons.

Without any financial backup, Ronne had to figure out the easiest way she could get money to start her business. Social media was her way out. She only needed to make the right choice of products to sell on social media, something she had facts about and something she could easily show as an example. She had also realized that the use of social media in the right manner would help her out. Her makeup business was it. That was her beginning of success. That was when she first knocked on the door to her hall of success. Luckily, the door opened. She began her journey immediately. Along the way, she wrote a book “From Mopping Floors To Making Millions On Instagram” which also inspired many.

What Does It Take to Make a Million Dollars

Social media can easily convince you that you can do everything on your own, but it is simply impossible in the entrepreneurship industry. Brown has created a team that has played a crucial role in his success. It’s always advisable to create a healthy environment for everyone. She strongly advises everyone in the entrepreneurial world to create a healthy environment and develop a leadership model because that is what determines how the staff will work and also empowers them.

She also advises it is essential to talk to people on social media. Create time to answer their questions and to engage with them. It also helps a business grow because people will have confidence in you and will also be able to inquire more about what you are offering.

Success doesn’t come overnight. You want to be successful, work on it. Ronne Brown’s hard work, patience, and determination are what made her become who she is. Being passionate about what you want to do will take you to places you never thought you could ever reach or locations you have never imagined. Brown had a passion for helping women grow themselves, and she has been able to reach out to more women than she had ever thought she would. Indeed, Ronne Brown is a Woman who Owns Excellence.