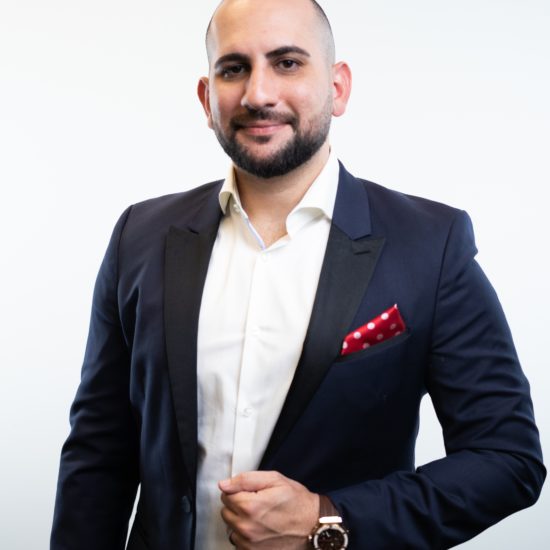 However, most of these aspiring entrepreneurs do not know where and how to begin. They are already determined and hard-working, but to be successful in business, they also need the knowledge on how to navigate in the intricate and sometimes confusing road to success. The path to a successful business has never been straight, but instead, it is a labyrinth wherein an entrepreneur must find his way through trial and error.

Sal Shakir knew too well how cumbersome the road to success is. He has gone through that path many times in his life as a serial entrepreneur. Now, he wants to tell about his journey from a hustler to a business owner to a successful CEO.

Who Is Sal Shakir?

Real estate honcho Shakir is the owner of a multi-million-dollar business empire that stretches from real estate to technology to call centers. Shakir founded one of the largest real estate companies in the United States.

Shakir and his family originate from the Middle Eastern country of Iraq. They migrated to the United States to escape the war and pursue the American dream. He built his business empire from the ground up. He was an ordinary guy who had big ideas. “I have always been a hustler since we came here in the land of the dream. I took all sorts of jobs, such as an attendant in a local laundry shop and an assistant to an air conditioning technician. I worked as a painter of fences, a plumber, a door knocker, and many others,” he said as he recalled how he hustles his way to success.

Shakir joined the military as a trainer for the US Army, and it paved the way to the world of entrepreneurship. He used the savings from his military service to open his business. Shakir started buying and selling cars, which later became his first business venture, a car dealership business. He invested in a damaged house and fixed it, which became the laying foundation of his real estate business.  “I eventually let go of my car retailing shops so I can focus on my real estate business. Then, I continue to expand my business by venturing into other areas. Now, after all the hustling, I have established 26 enterprises,” he narrated.

The Founding of All In Entrepreneur

Shakir said that starting the All In Entrepreneur podcasts is not about earning money but instead extending a helping to fellow entrepreneurs who are struggling in their business. “We want to share with other entrepreneurs the strategies that we have used that made us seven figure earners,” he added.

The founding of All In Entrepreneur is the story of three successful entrepreneurs who want to share the stories of their struggle and upbringings that contribute to their success. Sal Shakir, Carlos Reyes, and Alex Saenz all experienced struggles early in their lives that helped them in becoming successful entrepreneurs today. Shakir was a war refugee from and came to the United States with little English-speaking skills. Reyes was a Mexican immigrant who moved to America illegally. Saenz grew up very poor and saw the financial struggle of his family. All of them came from humble beginnings and rise from impoverishment to become real estate juggernauts.

Aims Of All In Entrepreneur

Through this podcast, entrepreneurs can listen to big influencers in business. They can gain new insights and new approaches on how to do with their company. “Your journey as an entrepreneur is not always fun. You will have bad days along the way. So, we want to pour in some amazing energy to other entrepreneurs out there who are going through a hard time. We are hoping that by watching our podcasts for even just an hour would make them feel empowered and motivated,” Shakir shared.

Shakir pointed out that the same with upcoming entrepreneurs; we also went through what they are going through right now. He added that they could relate to these budding entrepreneurs. “We are serial entrepreneurs. Although our main business is real estate, we can relate to anyone in other businesses since we also have multiple businesses. Our vast experience in scaling up a business is what we bring to the table,” he further added.

Shakir remarked that the core of this podcast is entrepreneurship. It will showcase the journey, the struggles, the battles, and the victories that successful entrepreneurs went through to live the American dream. He said that the podcast would touch the spirituality aspect of the business since business and spirituality go hand in hand.

Shakir urged aspiring entrepreneurs to watch the podcast and learn how to scale up their business. Shakir’s story is an inspiring tale of struggle and success and serves as proof that dreams do come true.