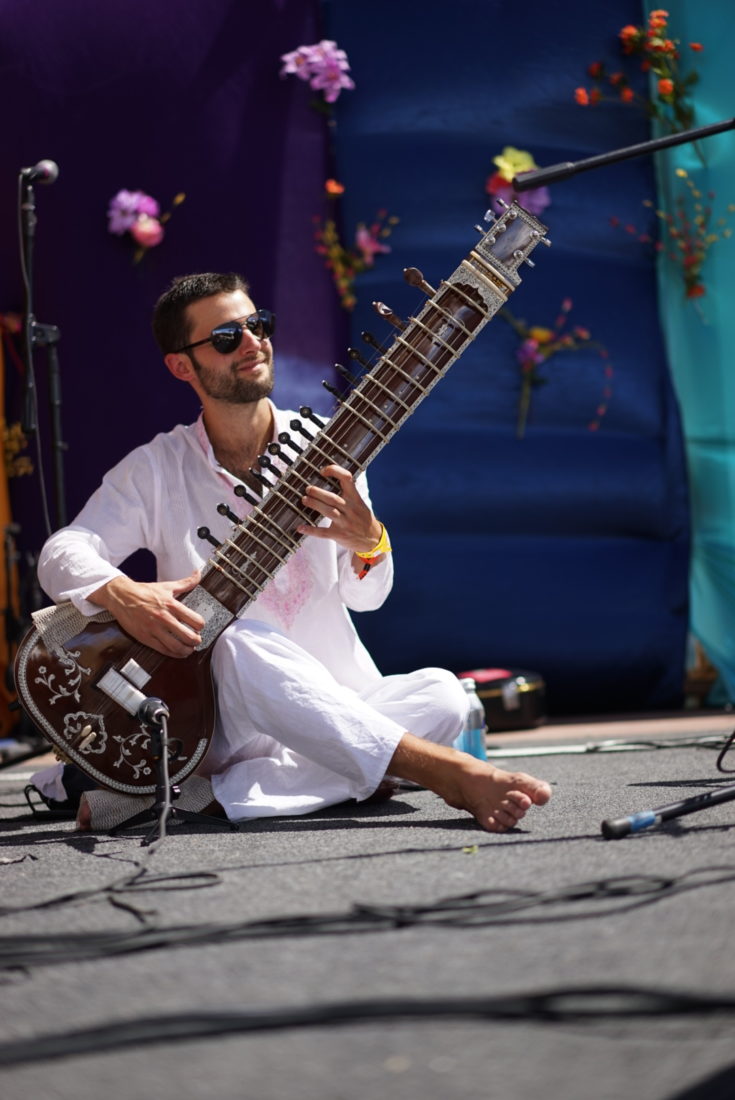 The music industry is one of the largest industries globally. Many individuals consider music vital to the human essence and believe that without music everything in existence would lack meaning. But, what is music without instruments? It’s not just about listening to lyrics. The entire composition, instrumentals and all make you feel matters more as part of the experience. 75% of people globally listen to music to relax their minds. Will Marsh, a musical and instrumental expert has not only been playing music and instruments but also training upcoming artists on how to up their musical game.
Getting a little deeper into his expertise, Marsh has experience playing instruments like the classical sitar and is also an exceptional guitarist.  As such, he is greatly qualified to not only train private students but also sell musical instruments from India among other ventures.

From Junior-High Star to Sitar Guru

During his early teens, Marsh discovered that music was his path to follow. He decided to go beyond all limits to pursue this passion. He was a rock star at junior-high talent shows, playing solos with his band and his guitar behind his back. This inspired him to find a music school when he was about to enter high school. For one to gain perfection, practice is a must. At this level, he remarked that he had to practice playing guitar for 10 hours a day, which led him to develop strong skills in classical music. His love and passion for music are unmatched. His efforts to learn more and how much he showed interest led to him being accepted at the California Institutes of the Arts Music Program.

During his first semester, he was attracted more to the sitar classes, and that was when he decided to change his interest to World music. “I changed my major to world music and practiced sitar, like a madman,” Marsh stated.  For the record, Marsh has been performing classical Sitar for fourteen years. Holding so much love in his heart for the uncommon sitar instrument, throughout his career, Marsh saw the urgent need for something new: a high-quality electric sitar. The only problem – no such instrument was available. Yet, this did not stop Marsh. Instead, he became inspired, and with his trusted instrument maker, they designed one for himself!

Learning From the Best to Become the Best

Marsh was privileged to study under India’s greatest musicians and even though he has been teaching private students, selling instruments, and recording among others duties, he also focuses on developing his skills day-by-day and his mastery as an artist. In every field, one always has a starting point. Marketing your skills demands an aggressive personality and as for Marsh, he has been getting clients by engaging with them by word of mouth, personal referral, and some by using online platforms.

This has given him more reasons to start working on new ways to grow his career. Thus, he is finding better ways to connect with people. For example, he has been getting deeper into media and setting himself up to connect with topmost players in the music industry. This award-winning music expert has also worked with other popular sitar masters like Roshan Jamal Bhartiya.

Currently, Marsh, an internationally celebrated artist, and a graduate from Interlochen Academy of the Arts, owns a music store. The Will Marsh Music store focuses on importing high-quality instruments from India, personally checked by Marsh. The value is an approved high-quality instrument for those who can’t travel to India to get one. The featured item is the electric sitar designed by Will, which is the only available professional quality electric sitar on the market. Also, his love for perfection has made his music recognized in most places, such that it has been featured in documentary films, yoga retreats, albums by Grammy-nominated artists, and other major stages.

But, all these achievements and more are just a mark of his beginning. He is not about to stop at that. Marsh is striving harder to make his tomorrow brighter.  He has plans to increase the number of Hindustani music students, gain a larger audience, and market his expertise globally. He has a  following of Indian students that he is teaching the legendary music style, serving as a bridge to their ancient culture. Having laid a strong foundation for his career, he also prioritizes creating a strong business model, something he is not about to give up on until it is accomplished. Going back to traditional music, and then combining it with modernized instruments, Hindustani music is becoming a jewel to many, all thanks to Marsh and his expertise he has chosen to share with the world.